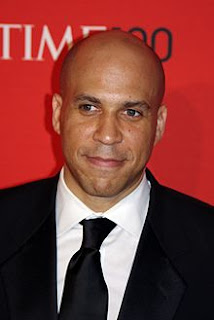 Newark Mayor Cory Booker is one of America's best big-city mayors. He's doing a very commendable job in Newark, and has been a prime example of the good that one politician with skill and integrity can do, even in a city beset with the agonies of urban America.

Now news that Booker has been treated for smoke inhalation after running into a burning building and saving the life of his elderly neighbor.


A real hero, in more ways than one. He is earning the appellation "His Honor, the Mayor".
Posted by mregnor at 12:00 PM