"A responsible atheist needs to be informed about religion in order to reject it." 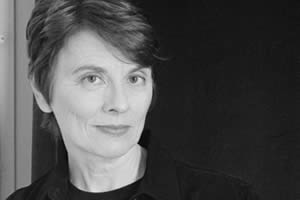 Camille Paglia is an iconoclastic liberal atheist-- atheists do have icons. They worship frenetically, and not always in a mirror.

Paglia is interesting, and sort of refreshing, although I disagree with her about most things. She consistently has real insight in to the failings of liberal atheists, although she fails to see that their failings are because they're... liberal atheists. It's an interesting character flaw in some of the brighter lefties-- Daniel Patrick Moynihan was an example. They have remarkable insight into the follies of those who share their worldview, without ever implicating their worldview as the source of the follies. 'If only my fellow liberals/atheists were smarter/nicer/more open-minded, liberalism/atheism wouldn't be such an intellectual sewer'.

Leftie atheists never look upstream into the pipe to see where it's all coming from.

Paglia's selling her new book, and is interviewed at Salon:


One of the themes in my book is the current impoverishment of the art world because of its knee-jerk hostility to religion, which is everywhere. That kind of sneering at religion that Christopher Hitchens specialized in, despite his total ignorance of religion and his unadmirable lifestyle, was no model for atheism. I think Hitchens was a burden to atheism in terms of his decadent circuit of constant parties and showy blather. He was a sybaritic socialite and roué — not a deep thinker — whose topical, meandering writing will last. And I’m no fan of Richard Dawkins’ sniping, sniggering style of atheism, either.

A responsible atheist needs to be informed about religion in order to reject it. But the shallow, smirky atheism that’s au courant is simply strengthening the power of the Right. Secular humanism is spiritually hollow right now because art is so weak. If you don’t have art as a replacement for the Bible, then you’ve got nothing that is culturally sustaining. If all you have is “Mad Men” and the Jon Stewart “Daily Show,” then religion is going to win, because people need something as a framework to understand life. Every great religion contains enormous truths about the universe. That’s why my ’60s generation followed the Beat movement toward Zen Buddhism and then opened up that avenue to Hinduism — which is why the Beatles went to India with the Maharishi Mahesh Yogi. Then it all disappeared, when people became disillusioned with gurus. But spiritual quest was one of the great themes of the ’60s that has been lost and forgotten — that reverent embrace of all the world religions. This is why our art has become so narrow and empty. People in the humanities have sunk into this shallow, snobby, liberal style of stereotyping religious believers as ignorant and medieval, which is total nonsense. And meanwhile, the entire professional class in Manhattan and Los Angeles is doping themselves on meds and trying to survive in their manic, anxiety-filled world. And what are they producing that is of the slightest interest? Nothing. Nothing is being produced in movies or the fine arts today (except in architecture) that is not derivative of something else.


She's certainly right that the stereotyping of religious belief by the cognoscenti is "shallow and snobby"-- a brief glance at the Pharyngula combox establishes that and much worse-- but she gets the relationship between modern art and secular humanism wrong. Paglia understands that art and worldview are intimately linked. But she thinks that secular humanism is "spiritually hollow" because art is weak.