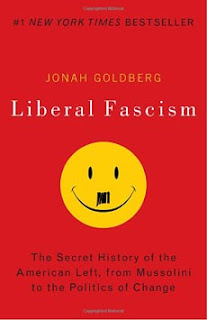 A fine definition from Discover the Networks:

[A] working definition of fascism is in order. A comprehensive discussion of fascism's tenets and variations can be located here, but for the purpose of this discussion, fascism can be distilled down to this: It is a totalitarian movement that empowers an omnipotent government to control every nook and cranny of political, economic, social, and private life – generally in the name of “the public good.” Its leadership is commonly spearheaded by a powerful, charismatic, even deified figure who is viewed as uniquely capable – along with his hand-picked advisers – of leading his nation to new-found or restored greatness. Its economics are collectivist, socialist and redistributionist – supremely hostile to free-market capitalism and wealth inequalities. And it tends to promote and exploit the grievances of “the common man,” portraying society as the theater of a ceaseless conflict – a class war – between oppressor and oppressed, victimizer and victim. Consequently, identity politics are central to fascism.

A good definition. Historically in the United States, fascism is a movement of the left, closely associated with Progressivism in the first decades of the 20th century.

Does the description above, which is quite accurate, sound vaguely familiar, in the context of the current American political scene?