Fred Phelps has a long history of political activism. Guess which party... 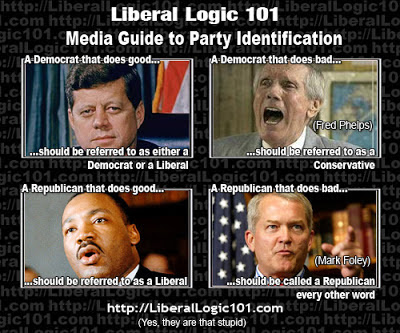 If Phelps were a Republican, his name in the press would be "Republican Fred Phelps".

He's a Democrat, however, so he's called a 'conservative' by the press, although he's really a radical Democrat nutcase.

You never hear of his party affiliation, except for modest little blogs...