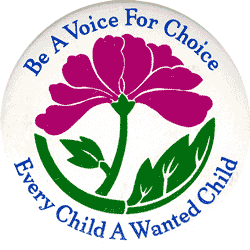 Ross Douthat has a great essay on the intimate link between progressive politics and eugenics.


... eugenicists were often political and social liberals — advocates of social reform, partisans of science, critics of stasis and reaction. “They weren’t sinister characters out of some darkly lighted noir film about Nazi sympathizers,” Conniff writes of Fisher and his peers, “but environmentalists, peace activists, fitness buffs, healthy-living enthusiasts, inventors and family men.” From Teddy Roosevelt to the Planned Parenthood founder Margaret Sanger, fears about “race suicide” and “human weeds” were common among self-conscious progressives, who saw the quest for a better gene pool as of a piece with their broader dream of human advancement.

... we know what the elites of a bygone era would have done with [modern genetic science]: they would have empowered the state (and the medical establishment) to determine which fetal lives should be carried to term, and which should be culled for the good of the population as a whole.

That scenario is all but unimaginable in today’s political climate. But given our society’s track record with prenatal testing for Down syndrome, we also have a pretty good idea of what individuals and couples will do with comprehensive information about their unborn child’s potential prospects. In 90 percent of cases, a positive test for Down syndrome leads to an abortion. It is hard to imagine that more expansive knowledge won’t lead to similar forms of prenatal selection on an ever-more-significant scale.

Is this sort of “liberal eugenics,” in which the agents of reproductive selection are parents rather than the state, entirely different from the eugenics of the [past], which forced sterilization on unwilling men and women? Like so many of our debates about reproductive ethics, that question hinges on what one thinks about the moral status of the fetus.

From a rigorously pro-choice perspective, the in utero phase is a space in human development where disease and disability can be eradicated, and our impulse toward perfection given ever-freer rein, without necessarily doing any violence to human dignity and human rights.

But this is a convenient perspective for our civilization to take. Having left behind pseudoscientific racial theories, it’s easy for us to look back and pass judgment on yesterday’s eugenicists. It’s harder to acknowledge what we have in common with them.

First, a relentless desire for mastery and control, not only over our own lives but over the very marrow and sinew of generations yet unborn. And second, a belief in our own fundamental goodness, no matter to what ends our mastery is turned.


It's important to remember that eugenics was and is a throughly progressive project. It is a natural, really almost inescapable, consequence of the Darwinian understanding of man. If man is evolved by a struggle for survival, modern civilization's compassion for the weak is a recipe to degrade the human race. Eugenics, from a Darwinian standpoint, is not cruel, but necessary, in order to allow civilization to coddle the losers in the evolutionary struggle without degrading the human species (don't you love Darwin-talk!).

The fervor to apply "scientific" Darwinian principles to human reproduction enthralled progressives (i.e. liberals) of the 20th century, and eugenics was a focus of the progressive project. It was opposed passionately by conservatives, including conservative protestant churches and the Catholic Church.

The turning point in the eugenic movement was the campaign by eugenic leader Fredrick Osborne in the 1950's to turn away from coercive negative eugenics and to entice the public to carry out "voluntary unconscious selection" (his words).

Osborne strove to make the unfit want to limit their reproduction. The slogan he suggested was brilliant: "Every child a wanted child".

"Every child a wanted child" is now Planned Parenthood's trademark.
Posted by mregnor at 6:00 AM