” That Obama didn't feel the need to devote even a lame half-a-sentence to it in the 270 minutes of free airtime he has gotten shows what a remarkable fall..." 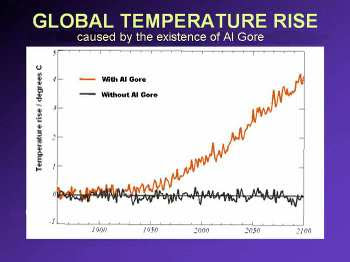 Sometimes silence can reveal more than words. And the complete silence of both candidates during last night’s (and previous nights’) presidential debate on climate change speaks volumes about just how dead the issue now is. Indeed, this is the first time in 24 years that neither candidate thought it fit to mention what Al Gore has billed the biggest threat ever to “human civilization as we know it.” That Obama didn't feel the need to devote even a lame half-a-sentence to it in the 270 minutes of free airtime he has gotten shows what a remarkable fall this defining challenge of our generation has enjoyed. Laments Evan Lehman of Environment & Energy:

This is the first time since 1988 that climate hasn't been mentioned in the presidential debate cycle, Johnson of Climate Silence said in a post that provides partial transcripts to the contests. Back then, Republican vice presidential candidate Dan Quayle said, "the greenhouse effect is an important environmental issue."...


Everybody knows it's a fraud.
Posted by mregnor at 4:31 PM